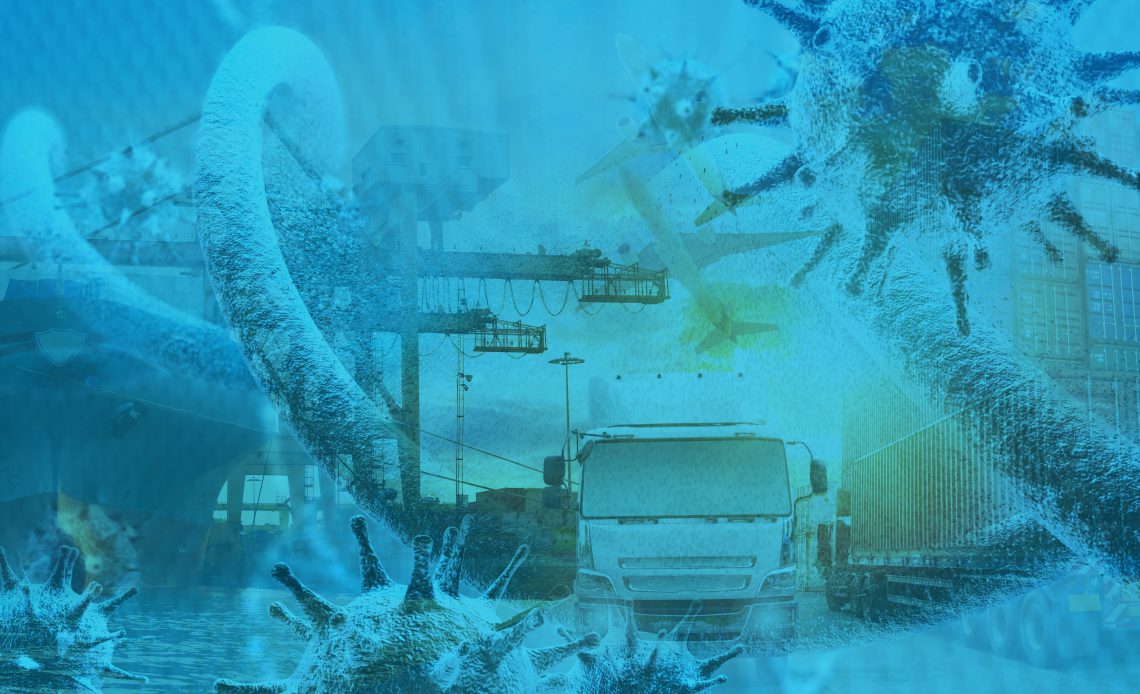 Following weeks of headlines rightly focused on infection and fatality rates, equity and debt markets are now demonstrating a better understanding of the myriad ways coronavirus, or COVID-19, is impacting – and will continue to impact – supply chains, gross domestic productivity, and corporate profits in the world’s largest economies.

Similarly, equity and fixed-income property investors are awakening to the realities of the interruption. Many will gauge the impacts through a few means: changes in cost of capital, the financial performance of existing tenants, a continued deceleration of tenant demand and, in some cases, reduction in lofty valuations and returns from property in an increasingly uncertain financial and political environment.

The world’s third-largest economy announced a significant contraction in the fourth quarter of 2019. The -6.3{ff66251fa959225ec0415bec498104472c710c05756e34120ff9c6ac4cef9161} annualized drop in Japan’s GDP pre-dates the COVID-19 outbreak and represents the largest decline in nearly six years, noticeably impacting foreign trade with China, its third-largest trade partner, as well as Japanese tourism ahead of the summer Olympics.

The $120-billion stimulus package the country enacted in 2019 to avoid a recession has now demonstrably failed; furthermore, should Japan record a second consecutive quarter of GDP growth decline, the nation will formally enter a recession.

It is no small matter that Apple, one of the largest U.S.-based corporate contributors to global GDP, won’t have a major supplier fully online until the end of the first quarter.

Interestingly, the disruption in supply chains many retailers and logistics providers have been planning for has come to fruition – just not in the manner anticipated, leaving many flat-footed. Shipping concerns are experiencing immediate drawdowns on capacity utilization, resulting in loss of shipping volume and related revenue.

While U.S. retailers depend on imports to replenish inventories heading into the spring, the National Retail Federation is predicting sharply diminished shipping volumes over the next few months.

Normalization of container shipping will only be the start of the industrial and retail property recovery. Delayed or canceled shipments will inhibit the usual spring stocking of inventories, resulting in potential congestion at air cargo and shipping terminals, as well as disarray in delivery services. It has been reported that Amazon, which represents nearly half of the U.S. e-commerce market, is stockpiling product made in China due to the risks it poses to its supply chain. Delays ultimately lead to increased storage costs and frustrated customers. And with more than 15,000 commercial airlines flights into China canceled, the impact on airline profitability could also prove substantial.

Markets have grown increasingly dependent on guidance and action from central banks across the world. In China, Bloomberg reports median economist expectations for Chinese GDP growth will be the slowest in more than three decades, as its central bank, The People’s Bank of China, offered $29 billion of one-year notes at a 10-basis-point-cut interest rate of 3.15{ff66251fa959225ec0415bec498104472c710c05756e34120ff9c6ac4cef9161}. An additional funding of seven-day repos, in an amount equal to approximately $13 billion, also was made available. While the injections are relatively small, they encourage the notion liquidity is not a concern. China’s monetary toolkit was already under strain as more than half of its provinces expected slower growth in 2020, even ahead of the COVID-19 outbreak.

Many commercial real estate market participants have been riding a proverbial wave of e-commerce growth in the logistics space, as retail remains challenged by weaknesses in certain property subtypes. COVID-19’s impacts are therefore undercutting one of the few secular shifts supporting commercial real estate investment.

While net absorption was already slowing in logistics, in some cases due to lack of availability of modernized space, it will surely be undercut by shaken confidence in supply-chain capacity utilization, at least for the short-term.

Additionally, retailers may face a financial squeeze on already-thin operating margins if they are unable to fulfill sales orders, creating higher levels of scrutiny on tenant financial performance.

While COVID-19 has been a health tragedy for many and wreaked havoc on supply chains, some upside may emerge. For more than 12 months, many logistics and retail businesses have been forced to consider and mobilize alternative supply-chain systems due to volatility in China-based manufacturing.

As investors face volatile cost of capital swings in the coming months, property capitalizations may be disrupted. In instances where properties and markets are heavily dependent on foreign trade, underwriting standards will likely prove more cautious. In some cases, transaction velocity may slow and valuations could slip relative to recent sales comparables, impacting development, acquisition and refinance/recapitalization transactions.

To be sure, the long-term health of the asset class is not in question, especially in the U.S.; however, investors should be mindful of current and future conditions, and monitoring symptoms will be vital to sound decision-making.

By Transwestern
Back to the WorkplaceCOVID-19

Back to the Workplace